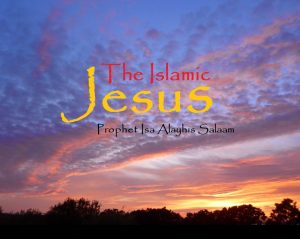 This Christmas, let us take a moment to reflect on the true message of Prophet Jesus who is cherished and venerated by both Muslims and Christians alike.

While there are differences between Islam and Christianity, there is also a tremendous bridge between Muslims and Christians. Apart from being Abrahamic faiths which owe a common genealogy Prophet Jesus occupies a very revered position in Islam. Christians, perhaps because they call themselves Christians and believe in Christianity, like to claim ownership of Christ. It thus comes as a huge surprise to many of them   to discover that the world’s second-largest faith, Islam, also stakes a claim to him.

In Islam, Jesus, or Isa, as he is known in the Qur’an, is a Prophet of God. The difference is that he is not divinized as he is in Christianity. In other words, Christ, for Islam, is not part of the Godhead or the son of God or God incarnate.

In the Qur’an, God spoke directly to Christians when he said: “O people of the Scripture! Do not exceed the limits in your religion, nor say of God aught but the truth. The Messiah Jesus, son of Mary, was a Messenger of God and His Word, which He bestowed on Mary and a spirit created by Him; so believe in God and His Messengers. Say not: ‘Trinity!’ Cease; it is better for you! For God is One God, glory is to Him, Far Exalted is He above having a son.” (Q 4:171)

Islam embraces the moral and ethical teachings of Moses and Jesus. Honesty, decency equality and dignity are central to even Prophet Muhammad’s message. The basic principles of tolerance and treating others the way we wish to be treated are the foundations of both faiths, repeatedly emphasized in their sacred texts. Like all prophets, Jesus provided lessons to be learnt from his life and teachings. In fact, his tradition of peace, compassion, love and gentleness needs to be revived more than ever.

The special message of Islam is twofold. It first completes the message of the previous prophets—and we must not forget that Muslims recognize the Judaic prophets such as Isaiah and Jeremiah who have also been adopted by Christianity—by putting an end to the dispute between the Nestorians and Jacobites about the nature of Christ: Muslims believe that Christ is of the Spirit of God, not God Himself, because God “begetteth not nor was begotten. And there is none comparable unto Him” (Q 112:1-4).

Jesus was but one in this long line of Prophets and Messengers, calling the people to worship One God. He came specifically to the People of Israel, who had at that time gone astray from the straight path of God. Jesus reckoned: “And I have come confirming that which was before me of the Torah, and to make lawful to you part of what was forbidden to you, and I have come to you with a proof from your Lord. So fear God and obey me. Truly! God is my Lord and your Lord, so worship Him. This is the Straight Path.” (Quran 3:50-51)

Jesus did not expound a new religion. That very religion which had been the religion of all the Prophets was also his religion, and it is towards that religion that he called people. He believed in the true teachings of the Torah which were extant in his time. The Gospel which was revealed to Jesus was an authentic revelation, but we know that the New Testament which the Christians obey was written   after the departure of Jesus.

God did not reveal any of the Books in order to repudiate the previous ones; each confirmed and supported the preceding ones. As a matter of fact, every messenger of God was sent to this world as a witness, a preacher, a harbinger of good tidings and a Warner.

The Qur’an repeatedly stresses the fundamental fact that none of the Prophets of God, no matter in which part of the world they appeared, denied the Prophets who had preceded them. On the contrary, each Prophet confirmed the message of his predecessors and sought to promote the mission which was the sacred legacy of them all.

The Qur’an does not believe that Jesus is divine but it devotes more space to the story of his virginal conception and birth than does the New Testament, presenting it as richly symbolic of the birth of the Spirit in all human beings (Q 19:17-29; 21:91). The Quranic writings say Jesus was betrayed and sentenced to die on the cross. According to Islamic narrative, Jesus was not crucified; instead, a man who looked like him was. Muslims believe Jesus did not die but risen bodily to Heaven by God, from whence he will return to Earth before the Day of Judgment to restore justice and to defeat al-Masih ad-Dajjal (“the false messiah”), also known as the Antichrist.

Jesus, who was born to Mary (called “Maryam” in Arabic), is mentioned about hundred times in the Quran. He is referred to by name in as many as 25 different verses of the Quran and six times with the title of “Messiah” (or “Christ”, depending on which Qur’anic translation is being used). He is also referred to as the “Messenger” and the “Prophet” but, perhaps above all else, as the “Word” and the “Spirit” of God. No other prophet in the Quran, not even Muhammad, is given this particular honour. In fact, among the 124,000 prophets said to be recognised by Islam – a figure that includes all of the Jewish prophets of the Old Testament – Jesus is considered second only to Muhammad, and is believed to be the precursor to the Prophet of Islam.

The Islamic version of the Jesus story tracks quite closely to the one that Christians know. The Quran has a whole chapter about Mary, who is the only woman mentioned by name in the holy book. The other female figures are identified only by their relation to others, such as the wife of Adam and the mother of Moses, or by their title, such as the Queen of Sheba .Mary is mentioned more times in the Quran than in the entire New Testament. Prophet Muhammad described her as one of the four “perfect” women in the history of humanity.

Jesus had an affinity with Muhammad, and had predicted his coming (Q61:6), just as the Hebrew prophets were believed by Christians to have foretold the coming of Christ. The Qur’an, possibly influenced by Docetic Christianity, denied that Jesus had been crucified, but saw his ascension into heaven as the triumphant affirmation of his prophethood. In a similar way, Muhammad had once mystically ascended to the Throne of God. Jesus would also play a prominent role beside Muhammad in the eschatological drama of the last days.

The Muslim Jesus is the patron saint of asceticism who renounces the world, lives in abandoned ruins, identifies with the poor and champions the virtues of poverty, humility, silence and patience. “Jesus was a constant traveller in the land,” reads one Islamic saying, “never abiding in a house or a village. His clothing consisted of a cloak made of coarse hair or camel stub. Whenever night fell, his lamp was the moonlight, his shade the blackness of the night, his bed the earth, his pillow a stone, his food the plants of the fields.” “Jesus used to eat the leaves of the trees,” reads another, “dress in hair shirts, and sleep wherever night found him. He had no child who might die, no house which might fall into ruin; nor did he save his lunch for his dinner or his dinner for his lunch. He used to say, ‘Each day brings with it its own sustenance.'”

The Qur’an gives a very fair estimate of the persona of Jesus. He was merely a human being. He was one born from the womb of a woman, who possessed a physical body, who had all the attributes characteristic of human beings  who had a known genealogy, who was subject to all the limitations of a human being and. He slept, ate, felt the discomfort of heat and cold and was so human that he was even put to the test by Satan. How could any reasonable person believe that such a being was either God or a partner or associate of God in His godhead? But the Christians continue to insist on the divinity of the Messiah, whose life has been portrayed in their own Scriptures as that of a human. The fact of the matter is that they do not believe at all in the historical Messiah. They have woven a Messiah out of their imagination and have deified that imaginary being.

Time and again the Qur’an insists that, like Muhammad himself, Jesus was a perfectly ordinary human being and that the Christians have entirely misunderstood their own scriptures. But it concedes that the most learned and faithful Christians – especially monks and priests – did not believe that Jesus was divine; of all God’s worshippers, they were closest to the Muslims (Q5:85-86).

Islam rejects the Christian concepts of Trinity, Crucifixion and Resurrection. The Islamic conception of Jesus — devoid of divinity and outside the Trinity — is in sync with the beliefs of the earliest Jewish and Christian sects, who viewed Jesus as Messiah, but not as Son of God.

The Muslim devotion to Jesus is a remarkable example of the way in which one tradition can be enriched by another.