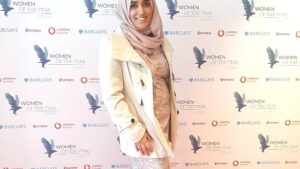 When Ayesha Aslam was studying to become a psychotherapist, she felt something crucial was missing from her training.

“It didn’t integrate spirituality and culture, which didn’t really sit with me and my values. When I brought it up at the time, they said you can’t mix faith in treatment. But once I qualified, I had a lot of Muslim clients and what came to light was that a lot of conversations were centred around faith and culture,” she tells The National.

Encouraged by the feedback, Mrs Aslam in 2006 set up Sakoon, an Islamic counselling service, which now has 20 qualified Muslim psychologists and psychotherapists who offer their services to clients worldwide.

With offices in London, Manchester and Birmingham, the organisation runs workshops, gives talks and posts articles addressing many of the questions and misconceptions around counselling and Islam. It provides a welcome resource for those who feel there is a pervasive stigma on matters related to mental health within the Muslim community.

And there are quite a few who do.

A survey of more than 160 male users by Muzmatch, one of the world’s biggest Muslim dating apps, found that nearly 80 per cent of respondents think the Muslim community is not understanding when it comes to mental health. Nearly 90 per cent said mental health was not openly discussed within their culture.

“There needs to be a lot more education and awareness, especially within the South Asian community. Our families don’t understand what it [mental health] is,” says Mohammed Rahman, a marketing specialist who took part in the survey.

He told The National he started experiencing anxiety and depression when he started university but couldn’t see himself finding solace from a mainstream therapist. As a practising Muslim, he felt there was “no point” going to see someone who didn’t have an understanding about his faith and values.

“Non-Muslim counsellors aren’t going to understand certain things, especially where your faith has an impact on the way you deal with or address the root of your mental health issues,” says Mr Rahman, 25, from Bedfordshire in England.

The problem is compounded by not having people within his community to talk to, he says.

“I feel like if I tell people around me about my mental health issues, then they either think I’m crazy of they’ll ignore it,” Mr Rahman says. “But maybe it’s Muslim men who are holding themselves back. It took me many years to get help, even though I knew where to find it.”

The lack of openness around mental health among men is obviously not solely a Muslim issue. November is male mental health awareness month in the UK, where suicide is the leading cause of death for men under 50. In England, around one in eight men has a common mental health problem such as depression, anxiety, panic disorder or obsessive-compulsive disorder. Universal as the problem may be, rates of suicide and of detentions under the Mental Health Act are nevertheless significantly higher among Black and minority ethnic communities.

Feeling comfortable enough to access mental health services is a barrier that many men visualise. For those for whom Islam is an integral part of their daily life and philosophy, finding a relatable therapist can be an additional challenge.

Is there place for spirituality in therapy?

After becoming a clinical supervisor, Mrs Aslam now teaches professional counsellors how to incorporate Islamic principles into their practice and has developed her own accredited courses, which are about working “with difference and diversity, not just Muslims”.

The training she offers is conducted in accordance with the British Association for Counselling and Psychotherapy curriculum and code of ethics but with a “wider perspective”, she says.

It is part of a growing shift away from the traditional “Western male middle-class lens,” she explains, to a more “integrative” approach that can apply to all communities and cultures.

Indeed, she says Sakoon has welcomed clients from other religions – Jewish, Christian, Hindu – who find the understanding of faith principles in their therapists’ practice helpful.

Encouraging anyone in need to access professional treatment is critical. Two years of lockdowns, excess mortality and disruption of basic routines have exacerbated an existing mental health crisis and organisations the world over have sounded the alarm over it becoming “the next pandemic”.

Recent National Health Service figures reveal that more than 300 people a day were attending Accident & Emergency departments in the UK complaining of depression. Cases of psychosis in England have risen since the start of the pandemic, with more people experiencing hallucinations and delusional thinking, the data shows. Concern over face-to-face appointments with GPs, still far lower than pre-pandemic days, is prolonging delays in diagnosis and treatment.

A recent survey carried out in partnership with Mind, the mental health charity, showed that one in three people in Britain say they don’t have the support or tools to deal with the “ups and downs of life”. Almost a quarter of respondents said they became more isolated from their community during the pandemic and the charity highlighted the important role of “community” in providing support to people.

This emphasis is one of the hallmarks of “Islamic counselling”, says Rehan Lateef, a cognitive behavioural therapist and business manager at Sakoon.

“Mainstream therapy can be much more individualistic,” Mr Lateef, who is Mrs Aslam’s husband, tells The National. “The Islamic perspective is much more community based although sometimes we do have to tell people that they need to think more about themselves.”

It does not, however, impose belief or even advise on Islam because “that would not be therapeutic”.

“That is where we are different to imams and scholars but we are having those conversations with clients because it is a part of their life,” says Mrs Aslam.

“It’s not about making counsellors Sheikhs … but about understanding the faith and its context,” says Mr Lateef. He says it saves clients having to explain so much to therapists.

“You really have to be a good therapist to take into account community and family dynamics as well as faith.”

Help at hand outside the mosque

The mosque can offer salvation for struggling Muslims who feel that neither family nor mainstream therapy will understand their mental health problems.

But it is not Sakoon’s way, even though they work closely with Sharia councils who refer clients to he organisation. “They are councillors, not counsellors,” stresses Mr Lateef, spelling out the difference.

Mr Rahman, who volunteers as a Muslim chaplain in his local hospital, says: “I pray, [but] it has nothing to do with my anxiety and depression.”

The issues with which Sakoon’s clients are grappling are the same as those in any other community, says Mrs Aslam, but she admits that “familial issues are more prevalent”.

“Identity and the struggles on family dynamics, life choices that may go against their beliefs … and we look at how that can be bridged and managed with families.”

Having been counselling for 15 years, Mrs Aslam believes the community has come a long way since the days when she was giving people sessions “in secret”.

“Now, people are much more open and accepting towards therapy so I feel like the way the government and media and community leaders have spoken about it has made it a lot more normalised.”

Yet while awareness around mental health has increased significantly in recent decades, Muslim men such as Mr Rahman say there is a lot more education and openness needed to remove the stigma within the community. Understanding the specific issues and barriers that exist within different faiths and ethnicities is not only about improving the therapies offered, but crucially it might encourage more reluctant people to seek help when needed.