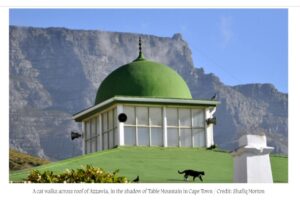 In a Corner of South Africa, Muslim Tradition Has Outlasted Slavery and Apartheid

For three generations, a family of Islamic scholars has inspired a Cape Town community

By Dr Hisham A. Hellyer (Dr. H.A. Hellyer is a Cambridge University scholar at the Carnegie Endowment for International Peace)

“Cape Town was home to one such community. It’s perhaps ironic that such a beautiful exhibition of culture came about in a community that had been befallen by slavery, exploitation and apartheid before finally witnessing the beginning of democracy in 1995, with the election of the onetime resistance leader Nelson Mandela as president..”