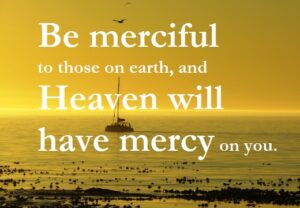 All Praise is due to Allah, We praise Him and we seek help from Him. We ask forgiveness from Him. We repent to Him; and we seek refuge in Him from our own evils and our own bad deeds. Anyone who is guided by Allah is indeed guided; and anyone who has been left astray, will find no one to guide him. I bear witness that there is no god but Allah, the Only One without any partner; and I bear witness that Muhammad ﷺ, peace and blessings on him, is His servant, and His messenger.

“O mankind! Show reverence towards your Guardian-Lord Who created you from a single person, created, of like nature, his mate and from the two of them scattered (like seeds) countless men and women. Be conscious of Allah, through Whom ye demand your mutual (rights) and (show reverence towards) the wombs (that bore you): for surely, Allah always watches over you.”

Events in Afghanistan are unfolding rapidly. The whole world is waiting to see what happens next. Will there be more bloodshed, revenge, and waves of refugees fleeing for safety? Or will there be a different outcome, one that stops the violence and brings a new era of peace and reconciliation in that troubled land?

Fourteen and a half centuries ago, our beloved Prophet Muhammad sws entered the gates of Makkah as a conqueror. But he entered without violence. He forgave his enemies. He conquered their hearts instead.

With his 10,000 well-armed men, he could easily have hunted down them down and punished them. They had killed, tortured, and oppressed so many of his followers for so many years. There could have been a bloodbath in Makka. But Rasool Allah sws wasn’t a man of revenge.

“And We have not sent you (O Muhammad) except as a Mercy to all the worlds.”

The people of Makka waited in fear and trepidation for what might come. They all knew the ancient tradition of tribal justice, and they expected the worst. But the Prophet sws announced a general amnesty, saying that he forgave those who had harmed him and his people, just as Joseph (Nabi Yusuf) forgave his brothers. The response was incredible. Not only was there a collective sigh of relief, but people were so grateful for mercy that the entire population of the city abandoned idol worship and became Muslims. Those who nowadays have the power to take revenge might well consider this wonderful example from history.

In recent times, Nelson Mandela showed mercy when he became President of South Africa after 27 years in prison. He forgave his oppressors and he invited them to confess their sins at a Truth and Reconciliation Commission. This became a model for the peace accord in Northern Ireland, where Mandela’s advisers played a big part. He knew Imam Abdurahman Bassier, who came to lead the Jumuah prayers for Muslim prisoners on Fridays. Mandela admired Prophet Muhammad. He loved the Muslims and appointed Abdullah (Dullah) Omar as Minister of Justice in South Africa’s first multiracial government.

We can only hope that in Afghanistan and elsewhere, Muslims and other leaders around the world can win over the hearts and minds of their enemies by being merciful. Our world today has suffered more than its fair share of violence and revenge.

Let us all pray for peace and reconciliation. Let us turn to Heaven and ask Allah to help us and to help those who have lost their homes and loved ones in wars, fires, floods, and droughts in so many parts of the world.

“Allah and His angels send greetings on the Prophet. O you who have faith, send your greetings on him, and salute him with a worthy salutation.

Allah is “Muqallibul quloob,” “The Turner of hearts,” so let us turn our pleas to heaven, as Prophet Muhammad sws taught us in one of his favourite du’ahs’:

“O Turner of hearts, (please) turn my heart towards Your religion.”

The power of mercy was clearly shown in many examples during the lifetime of our beloved Prophet Muhammad sws.

When the people of Taif chased him out of their city, abusing him and stoning him till the blood flowed, the Angel of Mountains offered to crush the city and destroy its people. But Allah’s Praised One resisted, saying that he wasn’t the Prophet of revenge. He was the Prophet of mercy. Perhaps their children will become Muslim one day. And they did.

Another example. Hind, the widow of Abu Sufyan, offered to free Wahshi ibn Harb, an Abyssinian slave, if he would kill Hamza, the brave warrior and an uncle of Prophet Muhammad sws. Wahshi was a skilled javelin thrower. He used that skill to deadly effect in the Battle of Uhud when he killed Hamza Radiyallahu Anhum. Prophet Muhammad sws suffered indescribable pain and grief. Even so, after the battle, he forgave his uncle’s killer, and invited him to Islam.

It is said that Wahshi at first did not respond to the invitations. He was now a free man, but killing Hamza was a heavy price for his freedom. He was so overcome with guilt and remorse. He felt that what he had done was unforgivable. His sin was beyond redemption. He felt that the hellfire was all that was he deserved. Then he heard this verse from Sura Az-Zumar (Quran 39:53)

“Say (on My behalf), “O servants of Mine who have acted recklessly against their own selves, do not despair of Allah’s mercy. Surely, Allah will forgive all sins. Surely, He is the One who is the Most-Forgiving, the All-Merciful.”

On hearing this, Wahshi found a glimmer of hope in his dark clouds of despair. Surely, if Allah would forgive him, then all was not lost? He made his way to Prophet Muhammad sws, where he declared his shahadah.   For the rest of his life, he was one of the foremost soldiers in the ranks of the Muslims.

My dear sisters and brothers, let us learn to be more merciful in all our relationships. Let us be merciful to husbands and wives, parents and children, friends and neighbours. We have our best example in our beloved Prophet Muhammad sws.

Finally, let us reflect on these two Hadith:

(If you found this khutbah useful, please leave your comments here:

mail@khutbahbank.org.uk. Your feedback is important to us. We use it to improve future khutbahs. Also, tell us about your Jumuah congregation, its size and location, your Muslim community, city and country.

To view the video of this khutbah, PLEASE CLICK HERE.