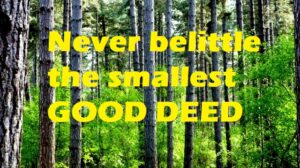 All Praise is due to Allah, We praise Him and we seek help from Him. We ask forgiveness from Him. We repent to Him; and we seek refuge in Him from our own evils and our own bad deeds. Anyone who is guided by Allah is indeed guided; and anyone who has been left astray, will find no one to guide him. I bear witness that there is no god but Allah, the Only One without any partner; and I bear witness that Muhammad ﷺ, peace and blessings on him, is His servant, and His messenger.

“O mankind! Show reverence towards your Guardian-Lord Who created you from a single person, created, of like nature, his mate and from the two of them scattered (like seeds) countless men and women. Be conscious of Allah, through Whom ye demand your mutual (rights) and (show reverence towards) the wombs (that bore you): for surely, Allah always watches over you.”

Yesterday was Yawmul Ashura, 10th of Muharram. It was a very important day for Muslims. Here are just a few reasons:

Those who fasted for the 9th and 10th Muharram (yesterday and the day before) will have the blessing equal to having fasted for a whole year. Allah is so generous!

Sadly, these blessed days of Muharram have also been so traumatic for our brothers and sisters in Afghanistan. Who can ever forget those desperate scenes at Kabul airport? Dozens of men were desperately hanging on to a plane that was taking off. Some fell to their death from hundreds of feet above the tarmac.

This is how 20 years of war has come to an end in Afghanistan, which has been described as “the graveyard of empires.” Despite the brave words from politicians, the outcome has been humiliating for the world’s only superpower and its supporters. Verse 26 of Sura Al-‘Imran seems very appropriate here:

The cash cost of this war runs into trillions of dollars. The human cost is impossible to calculate.

Truly, Allah will deal with those responsible for the chaos and bloodshed, not only in Afghanistan. From Palestine to Iraq, Syria, Yemen, Kashmir, Myanmar and China, millions of innocent people are killed, injured for life, and driven from their homes. There are today over 82 million refugees around the world. Most of them are Muslims. Most of them lived like you and me, going to work, caring for their families. And suddenly, their whole world is turned upside down. It could happen to anyone! It could easily happen to you and me. Refugees (I hate the label. It’s so impersonal. It’s become a toxic term, someone to fear and loathe, instead of someone to welcome and care for). Refugees and asylum seekers they are just ordinary human beings in desperate need.

You may well ask, what can we do to help them? The problem is so big. Where do we start? How can our little efforts make any real difference?

My dear sisters and brothers, we should never despair. Allah puts barakah in the humblest efforts. We should never ever belittle the smallest, good deed that we can do. Allah magnifies the results of every good action, whether we see those outcomes it in our lives or not.  Let’s consider these examples.

In the face of all the world’s problems, we may feel that we are like little hummingbirds trying to quell the fires with a few drops of water. Our efforts may seem so small and insignificant. But Allah puts His barakah into those efforts. Our tiny efforts can grow, just as little drops of water make a stream, a river, a flood, an ocean; and little snowflakes can become an avalanche, an irresistible force of nature that sweeps away everything in its path.

While we’re talking of birds and elephants, do we not remember another story mentioned in the Holy Quran? Sura Al-Fiil tells us about the year when Prophet Muhammad sws was born. Wasn’t that the “Year of the Elephant?” And why was it named The Year of the Elephant? Didn’t a flock of birds destroy an army of elephants that was on its way to trample the Kaaba in Makkah? Weren’t those elephants bemused to see those little birds flying above them, dropping pellets of baked clay? Didn’t they first wonder at the futility of such a sight? But Allah empowered those birds. Allah magnified the ferocity of their attack and gave them victory against overwhelming odds. Isn’t there an important lesson for us today?”

Dear brothers and sisters, I’m sure that we’ve all heard about Islamic Relief. It’s one of the biggest Muslim charities in the world, helping anyone in need, anywhere. How many of us know the story of how this big international charity began?

During Ramadan a few years ago, I attended an Iftar dinner hosted by the Foreign and Commonwealth Office. There was Dr Hani Al Banna, the founder and CEO, telling us how he started Islamic Relief. Ten years earlier, he was visiting family in Cairo, Egypt, where his young nephew came to him and said, “Uncle, here’s my pocket money. I don’t really need anything for myself. Please use it to help the poorest people.” The boy handed over one Egyptian Pound [about 20pence UK]. Dr Al Banna was deeply moved by this his young nephew’s generosity, giving his whole week’s pocket money to help the poor. So Dr Hani started Islamic Relief with that sum, just 20p. Today it’s grown an international relief agency that raises millions to provide help and support to the poorest and most vulnerable people on earth.

Let us reflect and take this as an example. Even the smallest, good deed, driven by love and gratitude to Allah, can be magnified a million times over. Allah’s mercy and blessings are limitless. Sura Al Baqara reminds us of a grain of corn that sprouts seven ears, each ear carrying a hundred grains. Allah multiplies His rewards many times over. Never underestimate Allah’s rewards .

We should always reflect deeply on Allah’s living and loving generosity towards us. Let us express our gratitude to Allah by serving Allah’s most vulnerable servants.

Give generously, and don’t allow Shaitaan to threaten you with poverty. Allah gives from his limitless bounty to those who help others and who have faith and trust in Allah. Sura Al Baqara verse 162 uses the metaphor of a grain of corn:

“The example of those who spend their substance in the way of Allah is that of a grain of corn: it grows seven ears, and each ear has a hundred grains. Allah gives manifold increase to whom He pleases: And Allah cares for all and He knows all things.”

Do whatever good work you can, and don’t think that your small actions won’t count. Rasool Allah sws told us that Allah loves small actions that are repeated often. Small actions become habits, and habits build character. You and I are humble followers of “Uswatul hasanah,” the best exemplar of good character. Let’s trust Allah. Let’s have faith that our deeds will be effective. Let’s be confident that Allah will always bless our hard work with success. Say “Ameen!”

My dear brothers and sisters, to conclude our khutbah:

(If you found this khutbah useful, please leave your comments here:

mail@khutbahbank.org.uk. Your feedback is important to us. We use it to improve future khutbahs. Also, tell us about your Jumu’ah congregation, its size and location, your Muslim community, city and country.