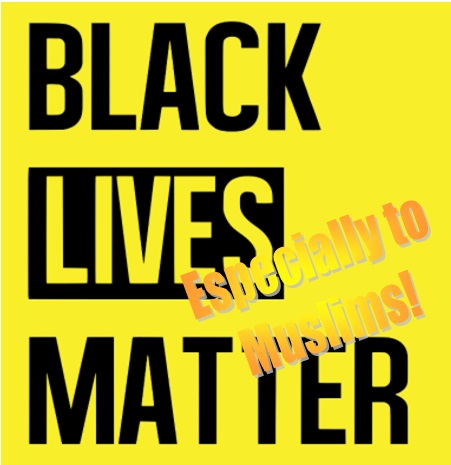 All Praise is due to Alláh, We praise Him and we seek help from Him. We ask forgiveness from Him. We repent to Him; and we seek refuge in Him from our own evils and our own bad deeds. Anyone who is guided by Alláh is indeed guided; and anyone who has been left astray, will find no one to guide him. I bear witness that there is no god but Alláh, the Only One without any partner; and I bear witness that Muhammad, peace and blessings on him, is His servant, and His messenger.

“O mankind! Show reverence towards your Guardian-Lord Who created you from a single person, created, of like nature, his mate and from the two of them scattered (like seeds) countless men and women;― Be conscious of Allah, through Whom ye demand your mutual (rights) and (show reverence towards) the wombs (that bore you): for surely, Allah ever watches over you.”

The USA is approaching its most crucial elections of modern times. At stake are many issues that concern us all, across the world: the Covid-19 pandemic, the climate crisis, and the shocking attitudes towards black people.

At the beginning of this khutbah, the Quran reminds us to “Speak a straightforward word,” “Wa quoloo qawlan sadeeda.”

So, let me speak a straightforward word. Sadly, there are still so many Muslims who have racist attitudes today, and who still treat black people very badly.

Black servants who work in Arab and South Asian homes will confirm this. Black graduates who work in Muslim owned businesses around the world are often paid less and respected less than their white colleagues. And the problem goes way back over the centuries.

The slave trade wasn’t confined to the Europeans going to West Africa and the Americas. Muslims in Zanzibar and the Coromandel Coast in India owned black slaves and sold them to the white colonists. We Muslims have our own shameful history, and those attitudes still persist today. Some of us still make crude and lazy remarks about black people. Some of us still use skin-lightening creams and hair-straighteners. Some of us still prefer marriages with white people rather than with black people.  Before we start complaining about racism and Islamophobia, let us first get rid of our own racist demons! Remember that:

“Allah will not change the condition of a people until they change what is within themselves….” (Quran 13:11)

Black Lives Matter, or should matter, especially to Muslims. This is because we are the first Ummah, the first worldwide community that was and is not based on tribe, colour, race, language or nationality. Our leader, Allah’s Praised One, sws, declared in his last sermon:

“..All mankind is from Adam and Eve; an Arab is not superior to a non-Arab and a non-Arab is not superior to an Arab; also a white (person) has no superiority over black (person) and a black (person) has no superiority over white (person) except by cautious awareness of Allah (taqwa) and good actions. Learn that every Muslim is a brother to every Muslim and that all the Muslims are now one brotherhood…”

The Muslim Ummah is the first international brotherhood and sisterhood united by a powerful idea: That God, Allah is One, and that every human being is descended from common ancestors, Adam and Eve. Every human soul has witnessed that Allah is our Lord and Master.

This covenant was made long before we were born, long before the universe, time, space, energy and matter came into existence. Here Allah gathered all the human souls that ever was, and ever will be. Then Allah addressed them all with the question:

“Alastu bi Rabbikum? Am I not your Lord? And they all replied, in one thunderous voice: Bala shahidna!  Yes, Indeed You are, lest we should say on the Day of Judgement that we were not aware of this.” (Quran 7:172).

We have no excuse, brothers and sisters!  Every human soul therefore has a dim and distant awareness of this Covenant, this confession. But we are forgetful, so Allah sent us many Prophets to remind us.

Our beloved Prophet Muhammad sws, Allah’s Praised One, forbade all forms of racism. When Abu Dharr, a Companion, abused the Abyssinian Bilal, another Companion, calling him a “son of a black woman,” Rasool Allah became angry and reprimanded him, saying that he still had some of the ignorance of former times within him.

We should remember that the Prophet of Islam established a non-racial community more than a thousand years ago, and yet, here we are, still struggling to apply those principles, inside and outside of the Muslim Ummah. We Muslims ought to know, even more so than others, that Black Lives Do indeed matter a great deal.

I’ve heard some people say, yes, but surely, all lives Matter, not only black lives! That’s true. But let’s not diminish the impact of this moment in time. Undeniably, black people have suffered and are still suffering much more discrimination and humiliation, major- and minor-aggressions than any other racial group. This is the moment for establishing racial justice, especially for black skinned human beings, once and for all. Let’s not miss the opportunity.

Let us pause for a moment and reflect on those words.

I was born in South Africa, and for the first 32 years of my life I saw and experienced the institutional racism of Apartheid. But I also saw the informal racism of slightly less oppressed Indian, Malay and mixed-race people towards each other and especially towards black South Africans.

To suffer racism is bad enough. But then to become a racist yourself is inexcusable.

In many parts of the world, our mosques have become ethnically exclusive “race temples” rather than the inclusive places of worship established by that first generation of Muslims, 14 centuries ago. We seem to have forgotten the luminous example of our noble and illustrious predecessors. We have a lot of work to do.  Introspection, self-analysis and mending our clumsy and errant ways would be a good start…