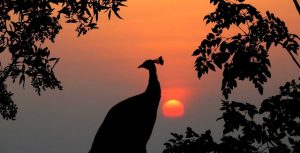 Caring for our fragile environment

All Praise is due to Alláh, We praise Him and we seek help from Him. We ask forgiveness from Him. We repent to Him; and we seek refuge in Him from our own evils and our own bad deeds. Anyone who is guided by Alláh,  is truly guided; and anyone who has been left astray, will find no one to guide him. I bear witness that there is no god but Alláh, the Only One without any partner; and I bear witness that Muhammad, sws, is His servant, and His messenger.

O You who believe, – be aware of Allah, with correct awareness, and die not except as Muslims.

O mankind! Show reverence towards your Guardian-Lord Who created you from a single person, created, of like nature, his mate and from the two of them scattered (like seeds) countless men and women;― Be conscious of Allah, through Whom ye demand your mutual (rights) and (show reverence towards) the wombs (that bore you): for surely, Allah ever watches over you.

Right now, there are floods in England and in Venice. There are wild fires raging in the Amazon, across California and parts of Australia. The forces of nature are sending us a clear message. We’re  doing something wrong, and planet Earth is complaining. But are we listening? Are we taking responsibility for our actions?

For today’s khutbah, I’ve chosen some verses that clearly address the subject of our environmental crisis. These verses explain the role of human beings in the grand scheme of things. They urge us to faithfully discharge the honour, the Trust that we have been given, to be good custodians, good stewards of all that our planet Earth has to offer, In Sura Al Baqara we read:

“And when your Lord said unto the angels: Behold! I am about to place a viceroy in the earth, they said: Will You place therein one who will do harm and will shed blood, while we sing Your praise and sanctify You? He said: Surely I know what  you do not know.” (Quran 2:30)

In another chapter, the Quran declares:

“We have honoured the sons of Adam; provided them with transport on land and sea; given them for sustenance things good and pure; and conferred on them special favours, above a great part of our creation.” (Quran 17:70)

“We did indeed offer the Trust to the Heavens and the Earth and the Mountains; but they refused to undertake it, being afraid of this Trust: but man undertook it;- He was indeed unjust and foolish.” (Quran 33:72)

In chapter 36, Yaseen, the Noble Quran reminds us;

“Glory to Allah, Who created in pairs all things that the earth produces, as well as their own (human) kind and (other) things of which they have no knowledge.” (Quran 36:36)

That evocative and lyrical chapter known as Sura Al Rahman, The All Merciful, begins like this:

“Allah, The Most Merciful! He created human beings: He taught them speech (and intelligence). The sun and the moon follow courses (exactly) computed; And the herbs and the trees – both (alike) bow in adoration. And the heavens has He raised high, and He has set up the Balance (of Justice), In order that you may not transgress the balance. So establish weight with justice and fall not short in the balance. It is He Who has spread out the earth for (His) creatures: Therein is fruit and date-palms, producing spathes (enclosing dates);Also corn, with (its) leaves and stalk for fodder, and sweet-smelling plants. Then which of the favours of your Lord will ye deny? (Fa bi ayyi aalaa iRabbi huma tukath- thibaan?) (Quran 55:1-13)

My dear brothers and sisters, I think these verses speak for themselves. They don’t need my explanation. Allah has conferred on us a great honour to be the Trustees of planet Earth. But in Sura Al Ruum, Allah also warns us about misusing and abusing His sacred Trust:

“Corruption has appeared throughout the land and sea because of what the hands of people have earned, so He (Allah) may let them taste some of [the consequence of] what they have done, that perhaps they will return [to right conduct].” (Quran 30:41)

My dear brothers and sisters: Bear in mind that these verses were revealed by the Angel, Gabriel, to Prophet Muhammad, 1,400 years ago. They do indeed speak to us, as if they were revealed only yesterday!. The lesson is clear: To deal with our climate crisis, food insecurity, species extinction and ecological disaster,; we must change our personal habits. We must change our attitude, change our lifestyle. We must stop being so wasteful. We have to stop treating Planet Earth as if it’s just another giant shopping mall orbiting the sun!

Islam not only explains our role as human beings in our precarious relationship as stewards of the environment. Islam also provides us with practical advice. It shows us how we can fulfil our God-given role as caretakers of Planet Earth, in a way that is sustainable for future generations.

As a great teacher and exemplar, Prophet Muhammad lived and ate very frugally. He advised us that the worst thing we can fill is our stomach. In a well known Hadith, he said that we should only fill one third with food, one third with water, and leave one third empty. Nowadays, with growing problems of obesity and diabetes, medical professionals confirm that this is really good advice.  It’s a simple matter of priorities. Need must always prevail over greed. We must satisfy our need, and stop our greed. If we can control our appetite for food, it becomes a lot easier to control our appetite for so many other things….

“The Earth is green and beautiful, and Allah has appointed you his stewards over it. The whole earth has been created a place of worship, pure and clean. Whoever plants a tree and diligently looks after it until it matures and bears fruit is rewarded. If a Muslim plants a tree or sows a field and humans and beasts and birds eat from it, all of it is love on his part, an enduring charity.”

Again, on planting trees and keeping focussed on our duty, even in times of calamity, he said:

“If the day of Judgement comes upon you while you are holding a little seedling in your hand, then go ahead and plant it.”   (Saheeh Muslim)

In other words, Don’t panic. Be Islamic! Trust Allah. Love, worship and adore Him. Biyadikal khair, Says the Quran: In His Hand is all good. History is safe in His hands! He is our generous Landlord who has entrusted us with the keys to His property. We are the tenants. We’ll be held to account. We have to treat all the other tenants well. The other tenants are: fellow human beings, the animals, the plants, the soil, the water we drink and the air we breathe. We enjoy all this as a gift from the Generous Life-Giver. We abuse it to our own peril.

Islam invites us to treat every human being, every animal, plant and natural resource with respect. When we do so, we show a courtesy to our Generous Benefactor. In Islam, sharing the earth’s resources in an environmentally responsible way isn’t just a catchy slogan. It’s a moral obligation, a spiritual imperative.

My dear sisters and brothers, let us fulfil this awesome responsibility of caring properly for our living environment. Avoid waste, and be conscious of the impact our actions have on others.