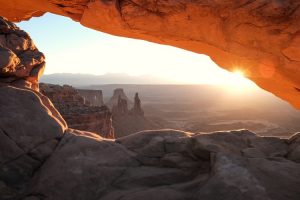 By all means plan. Dream. Hope. Wish for the Best. But put your trust in the One that knows you better than you know yourself.

I’ve spent a significant part of my life planning. When I was 18, I had made a list of things that I needed to do, and the time that they should be accomplished by.

Recently, I’ve come to a place in my life where things are not going according to my plans. And I’ve come to realise that not everything can be planned for. Not everything turns out as planned and we can plan all we want, but Allah also plans.

Society is quick to point fingers. The guy who may be seen as ‘delaying marriage’ – is not delaying marriage because he wants to, it’s because the time that Allah has decreed that he will be married has not arrived yet. The unemployed graduate is not jobless out of laziness or the current financial market but because that’s where Allah wants him to be right now. In the same way, the couple who do not have children is not because they’re prioritising their careers and are childless out of choice, but because that’s what Allah wants for them.

Sometimes we get trials and tribulations sent our way and we break, because we didn’t plan for them. We find it difficult to adjust to Allah’s plans because they were not in accordance to our plans.

However, instead of becoming despondent about this fact, the amazing thing to bear in mind is that, the Qur’an tells us that: “Indeed, Allah is the BEST of Planners”. So, even though we like to think that something is the best thing for us or that our plan is perfect.

Ask yourself, how do you really know?

There may be 101 things wrong with your plan. However, our limited understanding may not be able to see what it is. Remember, Allah says in Sur’ah Baqarah: “And perhaps you may hate a thing that is good for you; and perhaps you love a thing and it is bad for you. And Allah knows and you know not”.

Take a moment to reflect on your past. Think back to a time that you really wanted something. Maybe it was a great job or someone that you wanted to marry. And despite your best efforts at trying to acquire that thing, it didn’t happen for you. And now, when you look back, you know that not getting that thing was actually the best thing for you, because today you have something that is even better. I’m sure we can all think of such instances.

This is just some of many examples of Allah knowing better than you. And the amazing thing is, for many of the things that didn’t happen for us because it was for the best, we won’t know until we’re in the hereafter. SubhanAllah! Allah protects us from bad things and most of the time, we don’t even know it.

Sometimes it’s difficult to look beyond the surface of things. All we can see is something not happening for us. A closed door. A hopeless situation or failure. It takes great strength, will-power and wisdom to know that there is khair in it for us. Even if we cannot see it at the time. We should submit to Allah. We should not fight it, or ask why, or why not, but strive with patience and steadfastness, strength and hope. Knowing that the situation that you are in is the best situation for you. And know that, that’s where real, true and lasting contentment comes from.

What we need to remember is that at every step of every way. Allah is with you. Protecting you. Looking after you and loving you 70 times more than your own mother. He may be doing things, that seem so difficult to accept, however are actually the best thing for us. So, what we need to do is, trust Him. Be satisfied with whatever He decrees for us. And be patient with whatever trial or tribulation that comes our way.

By all means plan. Dream. Hope. Wish for the Best. But put your trust in the One that knows you better than you know yourself. And of course, plan as much as you want, but just remember Allah is the best of all Planners. So, don’t get disheartened if you’re not yet graduated, employed, married, or have children. You may not be where you want to be in life. But you’re exactly where Allah wants you to be.