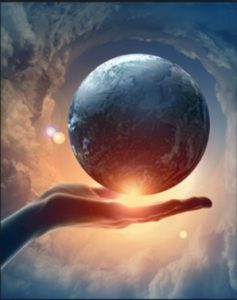 Ramadaan is a time of reflection and a means by which we can practice “Tazkiyatul Nafs”–Purification of the Soul. Allah ﷻ  [(Azzawajal)  Mighty, Majestic, Glorious and Exalted] enjoins us to purify our souls in his noble book.  In Surah Ash-Shams, (91) Verses 9-10:

He who purifies it (the soul) will indeed be successful. And he who corrupts it is sure to fail.

How do we find the meaning of this verse so that we can implement it in our daily lives? According to Imam Ghazali Rahimahullah(Allah have mercy upon him), Tazkiyyatul Nafs means“completing the perfection of one’s soul by cutting down its desires,  and allowing its noble characteristics to evolve.”

If we do not limit or train or cut down our desires, it acts as a barrier to spiritual growth – allowing our better natures (higher selves) to surface and grow. Conversely, if left unchecked, following ones nafs (ego/primal desires) could lead to obsessiveness and can be so all-consuming causing imbalance and could even lead to self-abuse and destruction. (e.g. drug addiction, or any other kind of addiction).

Ramadaan offers us the opportunity to limit our nafs.  For those of you who were here for the talk by Fatima Essop , the first Sunday of Ramadaan, you will recall her message that staying away from food and drink helps us to humble and train the ego / nafs, to cut down our desires which is one of the main objectives of fasting.

There are many aspects ofnafsbut today I want to talk about only one of them –  limiting our material and emotional attachments to this world and its offerings.  Everything that Allah ‎ﷻhas created has opposites –light, dark, good, evil and so on. Attachment has its opposite, detachment.  Moving from the extreme of attachment towards detachment is a migration that presents much challenge to the human psyche.  We find ourselves forming attachments to the world and its many bedazzlements, to the extent that it sometimes becomes an obsession or drive. Some of us are attached to success, wealth, status. Some attachments are formed with material possessions, such as an attachment to a beautiful car you may own, or a house that must be kept in immaculate condition, or with state of the art décor, or even to things like shoes or clothes.

Holding the Dunya (world) in your hands and not your heart