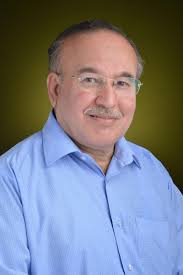 “Be merciful to those on the earth and the One in the heavens will have mercy upon you.”

There are few virtues which have as powerful an aura of divinity as forgiveness. Forgiveness is an opportunity to adorn our souls with Godliness. Forgiveness can take many forms, but at its most basic, it is the offer of goodness to the one who has hurt you.

Scriptures, sages and our wisdom texts have repeatedly emphasized that   there is nothing like forgiveness to set an anxiety ridden person free and to put him mind at rest. At the same time it is a tough challenge and requires great skill and practice. But those who have mastered the technique are certainly the most blessed both in this earthly life as well as in the hereafter . Forgiveness can take many forms, but at its most basic, it is the offer of goodness to the one who has hurt you. Forgiveness is at the heart of most spiritual and ethical traditions. But, it can be one of the most difficult teachings to live up to. Forgiveness requires an extraordinary struggle against the injured ego. And, the bigger the hurt, the more difficult it is to forgive.

In the Islamic tradition, teachings on forgiveness are intimately connected to and rooted in a deeper theological understanding of God and of the relationship between God and the human being.  The foremost attributes of God – which open up every chapter of the Qur’an – are the merciful (al-rahman) and the compassionate (al-raheem). And, one of the most celebrated names of God in the Qur’an is the forgiving (al-ghafur).

There are several other divine attributes that are similar. The way in which this relates to the human being is two-fold:

First, at the heart of Islamic spirituality is the  idea that we have a part , no matter how miniscule in comparison to God, of divine attributes by virtue of the life-giving and divinely originating soul (ruh) that is breathed into us by the angels when we are still fetuses in our mother’s wombs. It is, then, our spiritual task to cultivate and grow these onderful traits  within our soul and character in order to move  closer to the divine

Second, there’s a deep sense that the way we treat others is the way that we will be treated by God. In other words, if we wish for God’s gentle treatment towards us then we must be gentle toward others. This teaching is reflected in what is referred to as the foundational Prophetic teaching – meaning that the first saying attributed from the Prophet (hadith) that a teacher of hadith imparts to his or her student – which states: “Show mercy towards those on earth and the One above the heavens will show mercy toward you.” This is, furthermore, a reflection of the Qur’anic advice: “And let not those who possess dignity and ease among you swear not to give to the near of kin and the needy, and to fugitives for the cause of God. Let them forgive and show indulgence. Do you not understand that God forgives? God is forgiving, merciful.”(Q24:22). The allusion to God as “forgiver” occurs at 125 places in the Qur’an and is invariably followed by mention of His attribute of “compassion”.

Forgiveness is love’s way of healing us.it is an intimate relationship with mercy that soothes pain, dissolves anger and releases hidden animus that is destructive to our spiritual health.. Forgiveness is a journey that develops and requires the kind of courage that changes our lives in wonderful ways. This courage compels us increasingly to seek truth and compassion.

‘Forgiveness’ and ‘mercy’ are mentioned roughly 100 and 200 times respectively. An entire chapter of the Quran is devoted to the quality of mercy (Surah Rahman).As such, one of the motivations to forgive is to draw closer to God’s attributes. Forgiveness should be seen as an opportunity – a chance at experiencing and achieving a nearness to God that is indescribable in its beauty and wonder .the bliss and peace that follows forgiveness is primarily on account of its exalted divine attribute. This is why the Qur’an describes those who are deeply aware of God as “when they are angered they forgive” (Q42:37) and “when they are prompted by the ignorant they respond with words of peace” (Q25:63).

The Prophet always repelled evil with the good of forgiveness and kind behavior for, in his view, an antidote was better than poison. He believed and practiced the precept that love could foil hatred, and aggression could be won over by forgiveness. He overcame the ignorance of the people with the knowledge of Islam, and the folly and evil of the people with his kind and forgiving treatment. With his forgiveness, he freed people from the bondage of sin and crime, and also made them great friends of Islam.

Prophet Muhammad did something remarkable when he returned to Mecca after 20 years. Having suffered brutal persecution and murder of even his own children, he offered blanket forgiveness, with the one condition that the Meccans accept universal freedom of conscience. He did not force Islam. He did not wage war. He did not imprison the city. He forgave.

As non-Muslim historian Stanley Lane-Poole attests: “The day of Mohammad’s greatest triumph over his enemies was also the day of his grandest victory over himself. He freely forgave the Koraysh all the years of sorrow and cruel scorn in which they had afflicted him and gave an amnesty to the whole population of Mecca.”

Despite all the provocations of evil-doers and his own fellow tribesmen’s objections, the Prophet made agreements with his crucial adversaries and fulfilled peaceful commitments with them. The Prophet tried his best to take advantage of every single opportunity to to conciliate with them. After his immigration to Madinah, the economic and social conditions of Makkah had gradually deteriorated. The Makkans were suffering from drought, famine, hunger, and misery. For sure, the Prophet could not have remained indifferent to this heart-rending situation. He sent them food and other needed aid; he literally inundated them with an immense benevolent contribution on the back of hundreds of camels. But, unfortunately the Makkans rejected all of it. Then he sent all the aid directly to Abu Sufyan who distributed it to the poor and needy Makkans.

During his lifetime, the Prophet   bore insults and ridicule on a daily basis. His opponents mocked his message and used physical violence to stop him from challenging the status quo. At no stage during this ordeal did the prophet lose his temper or react to these provocations.

Prophet Yusuf’s   story of forgiveness is exemplary .He was enslaved, a stranger in Egypt, made homeless, accused of a crime he never committed and imprisoned because of this non-existent crime. Yet with all the humility in the world, he said: “No blame will there be upon you today. Allah will forgive you; and He is the most merciful of the merciful.” (YQ 12:92)

When we stand before the Almighty, hands stretched out towards the heavens, our eyes squeezed shut as we beg for forgiveness, what do we ask for? What kind of forgiveness do we ask for? We want a complete blank sheet, don’t we? We want another chance. We want our mountains of crimes to be erased, right? We want Him to accept our repentance and let us start again. We don’t want to be reminded of it, or be taunted about it later on, or have it come back to haunt us. We want our sins to be forgiven here and veiled on that day. That is the true spirit of forgiveness.

((Moin Qazi is the author of the bestselling book, Village Diary of a Heretic Banker .He has worked in the development finance sector for almost four decade .He can be reached at moinqazi123@gmail.com)