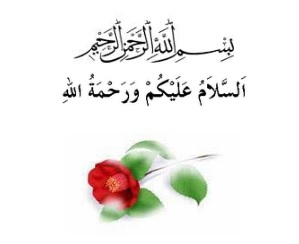 Beloved Ummatal Muslimeen! “Laylatul Qadr” means the Night of Grandeur, Excellence and Honour. Amongst the nights of Ramadan there is this Most Holy Night called “Laylatul Qadr”  a night that is noted for its Glory and great blessings. The Holy Qura’n describes it as being greater in blessedness and spiritual virtue than a thousand months which in turn means that it is greater than 83 years and four months. Alhumdulillah!  Fortunate is that person who attains the full blessings of this Most Holy and Auspicious Night by spending it in the remembrance of Almighty Allah Subahanahoo Wata’ala, because he or she would have attained the reward of Ibadat for 83 years and 4 months.

Alal Muslimeena Jami’ah! Regarding this Holy Night, in a Hadith reported by Hazrat Anas R.A. – our Beloved Nabee  Sallallahoo Alayhi Wasallam is reported to have said:  “Laylatul Qadr”  was granted to my Ummah and to no other Ummah  before this.” Before I proceed with a brief commentary to Surathul Qadr, let us first investigate the “Sabab-Al-Nuzool” of this Surah. This means, the reason why Almighty Allah Subahanahoo Wata’ala  in His Infinite Mercy and Bounty  revealed this Surah. Regarding the reason for the granting of “Laylatul Qadr”, various reasons are mentioned.

One reason, according to some Ahaadith is given thus: Our Beloved Nabee Sallallahoo Alayhi Wasallam used to look at the longer lives of the earlier people and was saddened when pondering over the much shorter lives of his own Ummah If his Ummah had wished to compete  with the people before them in piety and Taqwa, because of their shorter lives it would be impossible for them to either emulate or surpass them. To compensate for this difference in their life span, Almighty Allah Subahanahoo Wata’ala out of His  Mahabba granted them this night of honour, grandeur and blessings.

Faya Ayyuhan Nas! According to Ibn Abu Hatim and Wahidy and related from Mujahid, it is stated that our Beloved Nabee  Sallallahoo Alayhi Wasallam once related to Sahaba Ridwanullahi  Ta’ala Alayhim Ajama’een the story of a very righteous man from among the Bani Isra’eel  who used to spend one thousand months in Jihad. On hearing this, the Sahaba were saddened that they could not attain the same reward.

Ya Ibad Allah! Still another report states that our Beloved Nabee Sallalahoo Alayhi Wasallam once mentioned the names of four most pious people from among the Bani Isra’eel  who each spent 83 years in the service of Almighty Allah Subahanahoo Wata’ala. They were Hazrat Ayyoob, Hazrat Zakariyya, Hazrat Hizqeel and Hazrat Yu’shaa Alayhim Salatu Wasalaam.

Then Sayyidina Jibra’eel Amin Alayhis Salatu Wasallam appeared and recited  “Surathul Qadr” wherein the Blessings and the great Honour of this Holiest of Nights was revealed. No matter which of the explanations we may choose to accept, the most important fact that remains is that Almighty Allah Subahanahoo Wata’ala granted this Glorious Night only to the Ummah of His Beloved Nabee Sallallahoo Alayhi Wasallam.

“In the Name of Allah the Beneficent, the Merciful.
Truly, We have revealed the Holy Qura’n
during the Night of Grandeur.”

Ummatal Islam! Here it means that during this night only “Iqra” was revealed to our Beloved Nabee Sallallahoo Alayhi Wasallam. The other section of this Surah as well as the entire Qura’n was transferred from the ‘Lowhul Mahfuz’  to the Angels of ‘Sama’ud Dunya’ so that it could be revealed to our Beloved Nabee Sallallahoo  Alayhi Wasallam in parts during a period of 22 years 2 months and 22 days. This happening took place during the Month of Ramadan on one of its nights known as the Night of Grandeur for so declares Almighty Allah Subahanahoo Wata’ala in verse 185 of Surah Al-Baqara:

Faya Ayyuhal Muslimeen! Not even the Beloved of Almighty Allah Subahanahoo Wata’ala with all the wisdom he possessed was able to comprehend the true excellence of this Most Holiest of Nights. In other words, the question asked here is: “(O Muhammad) Have you any knowledge as to the greatness and the great importance of this night? Have you any knowledge as to the great favours and bounties that are placed in it?” The next verse proceeds to enumerate some of the greatness  of this Night.

“The Night of Power
is better than a thousand months.”

Ayyuhal Muslimoon! So Almighty Allah Subahanahoo Wata’ala starts to explain to His Beloved Nabee Sallallahoo Alayhi Wasallam  and to all of us the excellence of this Night. The true meaning here is that the reward for spending this Night in Ibadat is better than having spent 1000 months in Ibadat.  It is in fact more but as to how much more rewarding it is, we are not told.

“Therein the Angels and Sayyidina Jibra’eel Amin descends
to the earth by permission of Allah on every errand.”

Ya Bani Adam! During the Night of Laylatul Qadr, Almighty Allah Subahanahoo Wata’ala makes every affair distinctly clear to the Mala’eeka. The deadline of deaths for the coming year are ordained for the Mala’eeka for execution. Also ordained on this Night is the sustenance for the entire mankind for that year for so declares Almighty Allah Subahanahoo Wata’ala in verses 4 and 6 of Surah Al-Dukhan:

“During the Night of Blessings,
every affair is made clear with wisdom by
command from Us. For We send Messengers (with revelations)
as a Mercy from your Cherisher. For He hears and knows all things.”

Ayyuhal Muslimoon! From the verse that I have just quoted, there is a great lesson to be learnt, and that is that the Mala’eeka are Ma’soom  (infallible) and that they are sinless. They do not do anything by themselves. Whatever they do is done through Allah’s permission and command. It is stated that the Mala’eeka were created on this night and the earthly matter from which Nabee Adam Alayhis Salatu Wasallam was created from was gathered  on this night. On this night Nabee Esa Alayhis Salatu Wasallam was lifted up bodily into the heavens and it was on this night that the Tawbah of Bani Isra’eel  was accepted by Almighty Allah Subahanahoo Wata’ala.

“Peace is proclaimed until the break of dawn.”

Yes, my beloved brothers and sisters, this is the very embodiment of peace. Throughout the hours of this most holiest of Nights, the Mala’eeka recite Salaam  upon all faithful believers who are engaged in glorifying  Almighty Allah Subahanahoo Wata’ala. As one group of Mala’eeka descends another ascends. They say “Ameen” and they seek forgiveness and Tawbah for those who are engaged in the remembrance of their Glorious Creator and Sustainer. To further elucidate this point, I quote verse 43 from Surah Al-Ahzab  where Almighty Allah Subahanahoo Wata’ala declares His Promise:

“It is He who sends salutations on you and so too His Angels,
that He may bring you from the depths of darkness to the light.
And He is full of Mercy towards the believers.”

O you who believe! Thus, this Night is indeed a night to remember of grandeur, a Night of excellence and honour, and it does not become the Ummah of Almighty Allah’s Beloved Nabee Sallallahoo  Alayhi Wasallam to be unmindful of this night which was given to us out of Allah’s  Infinite Mercy, Kindness and His Great Mahabba for us. It is therefore the right of every Muslim to celebrate this Night in complete and profound gratitude to Almighty Allah Subahanahoo Wata’ala for it is the Glorious Night when the foundation stone of Islam was laid for all of eternity.

Beloved Ummah of Islam! The great scholar Ibn Qayyim, in his book Zad-al-Miad  mentions that the very first revelation from Almighty Allah Subahanahoo Wata’ala which came to our Beloved Nabee Sallallahoo Alayhi Wasallam on the Night of Laylatul Qadr  was “Iqraa,Bisme Rabbika Alladhee”  (read in the name of thy Sustainer who Created). This was also his appointment to prophethood and Almighty Allah Subahanahoo Wata’ala commanded him to recite it in his heart.

Let us all remember that the Night of Laylatul Qadr  is better than a thousand months. It transcends Time: for it is Almighty Allah’s Power of dispelling the Darkness of Ignorance, by His Revelation, in every kind of affair. “A thousand” must be taken in an indefinite sense; as denoting a very long period of time. This does not refer to our ideas of time, but to “Timeless Time.”

Listen O Servants of Allah! One single moment of enlightenment under Allah’s Light is better than thousands of months or years of animal life, and such a moment converts the night of darkness into a period of spiritual glory. When the Night of spiritual darkness is dissipated by the Glory of Allah, a wonderful Peace and sense of Security arise in the soul. And this lasts on until this life comes to an end, and the Glorious Day of the new world dawns, when everything will be on a different plane, and the nights and days of this Doonya will be even less than a dream.

Ayyuhal Muslimoon! Our wealth, our resources, our Mahabba and our sincere feelings of caring and sharing should for always indicate our deep and profound gratitude and appreciation to Almighty Allah Subahanahoo Wata’ala in way of Fie Sabilliah, and by remembering the poor, the needy and the under privileged amongst us as well as the plight of our brothers and sisters in other parts of the world who are torn apart by war, repression and oppression.

Ya Ayyuhal Gafieloon! May we all be granted the success where the Most Holy and Noble Qura’n will become the most treasured and cherished possession in our lives then our reward will Insha’Allah  not be limited only to Laylatul Qadr but we will be enjoying the fruits of Laylatul Qadr every day of the year for the rest of our lives.

And Almighty Allah is the All-Knowing.

And Peace be upon those who follow the Guidance.
The Truth is from Almighty Allah; the errors are all mine
and I stand to be corrected.

Please be advised that you are more that welcomed to use and share
my Khutbah’s for propagational purposes without my prior consent.