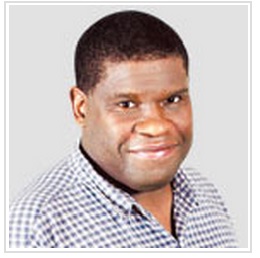 In times of crisis, those who would like us to keep just one idea in our heads at any one time are quick to the megaphones. By framing events in Manichean terms – dark versus light; good versus evil – an imposed binary morality seeks to corral us into crude camps. There are no dilemmas, only declarations. What some lack in complexity they make up for in polemical clarity and the provision of a clear enemy.

A black man kills two policemen in their car in New York, and suddenly those who protested against the police killing unarmed black people across the country and going unpunished have blood on their hands. Sony pulls a film about the fictional assassination of a real foreign leaderafter threats of violent reprisals, and suddenly anyone who challenged the wisdom of making such a film is channelling their inner Neville Chamberlain. Straw men are stopped and searched in case they are carrying nuance and then locked up until the crisis is over. No charges are ever brought because a trial would require questions and evidence. You’re either with us or against us.

The horrific events of the past week have provided one such crisis. From both the left and right, efforts to explain the assassinations at Charlie Hebdo magazine, a Kosher supermarket and elsewhere inevitably become reductive. Most seek, with a singular linear thesis, to explain what happened and what we should do about it: it’s about Islam; it has nothing to do with Islam; it’s about foreign policy; it has nothing to do with foreign policy; it’s war; it’s criminality; it’s about freedom of speech,integration, racism, multiculturalism.

There is something to most of these. And yet not enough to any one of them to get anywhere close. Too few, it seems, are willing to concede that while the act of shooting civilians dead where they live and work is crude, the roots of such actions are deep and complex, and the motivations, to some extent, unknowable and incoherent. The bolder each claim, the more likely it is to contain a qualifying or even contradictory argument at least as plausible.

Clearly, this was an attack on free speech. Despite the bold statements of the past week any cartoonist will now think more than twice before drawing the kind of pictures for which Charlie Hebdo became notorious. This principle should be unequivocally defended. It should also be honestly defined.

Every country, including France, has limits on freedom of speech. In 2005 Le Monde was found guilty of “racist defamation” against Israel and the Jewish people. In 2008 a cartoonist at Charlie Hebdo was fired after refusing to apologise for making antisemitic remarks in a column. And two years before the Danish paper Jyllands-Posten published the cartoons of Muhammad in 2006, it rejected ones offering a light-hearted take on the resurrection of Christ for fear they would “provoke an outcry”.

Far from being “sacred”, as some have claimed, freedom of speech is always contingent. All societies draw lines, that are ill-defined, constantly shifting and continually debated, about what constitutes acceptable standards of public discourse when it comes to cultural, racial and religious sensitivities. The question is whether those lines count for Muslims too.

The demand that Muslims should have to answer for these killings is repugnant. Muslims can no more be held responsible for these atrocities than Jews can for the bombings in Gaza. Muslims do not form a monolithic community; nor does their religion define their politics – indeed they are the people most likely to be killed by Islamic extremists. The Paris killers shot a Muslim policeman; the next day a Muslim shop assistant hid 15 people in the freezer of a kosher deli while the shooter held hostages upstairs. Nobody elected these gunmen; they don’t represent anyone.

That said, it is simply untenable to claim that these attackers had nothing to do with Islam, anymore than it would be to say the Ku Klux Klan had nothing to do with Christianity, or that India’s BJP has nothing to Hinduism. It is within the ranks of that religion that this particular strain of violence has found inspiration and justification. That doesn’t make the justifications valid or the inspirations less perverted. But it doesn’t render them irrelevant either.

Those who claim that Islam is “inherently”violent are more hateful, but no less nonsensical, than those who claim it is “inherently” peaceful. The insistence that these hateful acts are refuted by ancient texts makes as much sense as insisting they are supported by them. Islam, like any religion, isn’t “inherently” anything but what people make of it. A small but significant minority have decided to make it violent.

There is no need to be in denial about this. Given world events over the past decade or so, the most obvious explanation is also the most plausible: the fate of Muslims in foreign conflicts played a role in radicalising these young men. Working-class Parisians don’t go to Yemen for military training on a whim. Since their teens these young men have been raised on a nightly diet of illegal wars, torture and civilian massacres in the Gulf and the Middle East in which the victims have usually been Muslim.

In a court deposition in 2007, Chérif Kouachi, the younger of the brothers affiliated with al-Qaida who shot the journalists at Charlie Hebdo, was explicit about this. “I got this idea when I saw the injustices shown by television on what was going on over there. I am speaking about the torture that the Americans have inflicted on the Iraqis.”

In a video from beyond the grave the other shooter, Amedy Coulibaly, claims he joined Islamic State to avenge attacks on Muslims. These grievances are real even if attempts to square them with the killers’ actions make your head hurt. France opposed the Iraq war; Isis and al-Qaida have been sworn enemies and both have massacred substantial numbers of Muslims. Not only is the morality bankrupt, but the logic is warped.

But Islamists are not alone in their contradictions. Today is theanniversary of the opening of Guantánamo Bay. Given the recent release of the US torture report or France’s role in resisting democratic change during the Arab spring, many of those who claim that this is a battle between liberty and barbarism have a foot in both camps.

This is why describing these attacks as criminal is both axiomatic and inadequate. They were not robbing a bank or avenging a turf war. Anti-terrorism police described the assault on the magazine as “calm and determined”. They walked in, asked for people by name, and executed them. Coulibaly killed a policewoman and shot a jogger before holding up a kosher supermarket and killing four Jews. These were, for the most part, not accidental targets. Nor were they acts of insanity. They were calculated acts of political violence driven by the incoherent allegiances of damaged and dangerous young men.

They are personally responsible for what they did. But we, as a society, are collectively responsible for the conditions that produced them. And if we want others to turn out differently – less hateful, more hopeful – we will have to keep more than one idea in our heads at the same time.