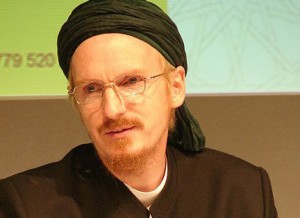 Timothy John Winter, also known as Abdulhakim Murad, is a British Muslim researcher, writer and academic. Mr Winter is the Dean of the Cambridge Muslim College at Cambridge University. His work includes publications on Islamic theology. World Bulletin asked him about Islamic education in both the past and the present. He replied the questions of the World Bulletin.

From its inception, Islam has been a knowledge-based religion. The Qur’anic verses and hadith (the sayings of Prophet Muhammad p.b.u.h) texts that stress the nobility of knowledge and understanding are well-known and numerous. The Prophet Muhammad’s (peace be upon him) mosque was also a place of spiritual, legal and theological study.

In the first centuries of Islam, study continued to take place in major mosques: great institutions such as al-Azhar in Cairo, and the Qarawiyyin in Morocco, were essentially mosques which developed a reputation as magnets for teachers and students.

The madrasa as a non-mosque based, separate institution, came somewhat later, as an achievement of the Turkish Seljuk dynasty of viziers and sultans. Madrasas were founded to promote specific theological or legal traditions; although the largest would often teach several law schools simultaneously. The development of the system culminated in the great Sahn academies of Istanbul, following the eclipse of Arab Islamic culture in the medieval period.

Ottoman academies placed importance on a strongly rational curriculum, rooted in Maturidi theology; unfortunately its sophistication is nowadays not sufficiently appreciated by biased and Eurocentric academies.

Could you please tell us about the ladders of education in the Islamic classical period? And who were the seekers of knowledge?

Because education was a religious duty, it was usually free of charge. Medieval Islam was a culture of considerable social mobility: in contrast to medieval Christian and Indian cultures, where the religious elite was usually drawn from the upper social classes, in Islam, students from rural or urban poor backgrounds could enter the madrasas and, if they were sufficiently adept, rise to be the leaders of national culture. Islam’s abolition of the feudal system also seems to have played a role in this. Typically a child would be enrolled in an informal school in a village or street corner, often called ‘mekteb’ or ‘kuttab’, where he or she would memorise the Qur’an and some basic mnemonic texts in elementary doctrine and law. Then the child might move on to a more advanced madrasa. Usually there were no examinations: the system was versatile and informal: anyone could enter a mosque and sit in a class, and if they persevered, and the teacher judged them able, they would receive an authorization to teach (ijazet).

How do you evaluate the Madrasa curriculum in the classical age?

Sunni Islam developed a highly intellectual and abstract curriculum in its higher institutions, following the lifetime of Imam-i Gazali (d.1111), who showed how originally Greek philosophical and logical methods could be used to support and defend Islam. This did not apply only to theology, but also to the study of jurisprudence. Dozens of other disciplines were also cultivated, notably hadith studies, Qur’anic interpretation (tafsir), Arabic grammar and syntax, Prophetic biography (sira), and many others. In some colleges there would be a specialization in medicine, geometry, mathematics, and other more practical disciplines.

What do you think was the basis for the transmission of knowledge in that scheme?

Islamic education is famously rooted in the practice of authenticated transmission. Not only do all Hadiths need to be verified for authentic Prophetic provenance, but in principle every text, whatever its subject, can only be validly taught when the teacher can show that he is connected to a continuous line of transmission stretching back to the text’s author. This differs markedly from modern education, in which people may find and teach a book without necessarily having studied it with experts. It is believed that this Islamic system of ijazet reduces the possibility of misunderstanding. Moreover, like other pre-modern systems, it was assumed that teachers should themselves be individuals of personal ethical and spiritual integrity, and should not allow ego or ostentation to warp their understanding of the texts or the ideas. Scholarship was part of the larger project of self-transcendence and the cultivation of the virtues.

Why do you think the educational institutions in the West took over the lead in the production of knowledge after the 17th century?

I don’t believe that this has happened. From the religious perspective the most important knowledge is that which helps us to become happier and wiser human beings; and this is still very extensively cultivated in Muslim colleges. Western knowledge is purely instrumental, rooted in a reductionist theory of the world which holds that through the manipulation of matter, human beings may become happier and better. Islamic institutions never generated the worldview which is leading to the competitive denuding of the earth’s resources, and creating a culture of increasingly fragmented selves and families.

Do you agree with the prevailing dichotomy between modern schooling and the Madrasa?

Modern education produces fragmentary individuals schooled in a vast range of disparate fields with no overarching unifying principle. The reason for the relative backwardness of most Muslim countries is that they absurdly believe that a schizophrenic division between the source of the country’s identity, which is religion, and the technical academic disciplines of modernity, will produce strong and integrated societies. The opposite is the case. In some Muslim countries, elites are even educated in foreign languages, and are rusty and uncomfortable in their own languages. Such countries are in the grip of a severe cultural malaise, which leads eventually to instability, and cannot create a culture where confident innovation is possible.

The region with the densest and most inventive Islamic education is Indonesia. There are over 100,000 Islamic colleges in Java alone; and many are pioneering new models of spiritually-rooted education that fights the modern tendency to fragment knowledge, by reuniting everything under the principle of Tawhid. These colleges are usually attached to the Naqshbandi or Qadiri tariqas, under the auspices of the Nahdhat al-Ulema, the world’s largest Islamic organization.

What could be an ideal architectural model for a place of education in modern world?

Islamic architecture demonstrates the principle of universalism: each regional style is unmistakably local, while remaining oriented ultimately towards the qibla.

How do you see the role of teachers, especially in the model of mass education? Do you suggest the involvement of other actors in the transmission of knowledge in that model?

Islam is a civilisational model which seeks to generate well-rounded and psychically-integrated human beings. I have discussed this in my bookCommentary on the Eleventh Contentions. The modern model, in which the worldview of the teacher may not seem relevant to his teaching, and where the teacher’s private life may be radically detached from his public persona, is producing the ‘Prozac Nation’ psychosis in an increasing number of cultures, with a steadily rising incidence of the breakdown in relationships, depression, and loneliness. Teachers should present their pupils not only with information, but with role models of how to live a principled, happy and well-integrated life, in which all the timeless virtues come together in a vibrant and energetic enjoyment of the miracle of life. The apathy and dissolution of so much modern teenage culture, with its strong inclination towards dark types of music, and the growing acceptability of narcotics, can only be resisted by lively and demonstrably happy teachers, who stand against the miserable modern view of human beings as nothing other than the result of a billion years of the blind action of the selfish gene. In other words, teachers must combat modern reductionism, in defence of a true humanism. Only then can young people be spared the miseries of postmodern anomie and the sadness of so much contemporary youth culture. An integrated education system would not produce the likes of Amy Winehouse and Ian Watkins

What do you think about the future of Islamic education in the Western context?

The Western nation-states are probably in full decline: the underlying weakness in their economies contrasts very starkly with the growth in the Far East. All the international educational agencies affirm that Chinese and Vietnamese schools are the best in the world; those of Britain, for instance, are now in 26th place. Muslims should pay less attention to the decaying Western phase of history, and recognize that the future is now in the Far East, where Confucian values of respect for teachers and elders are showing their value. The individualism of the Western model leads too easily to self-indulgence and social fragmentation. As the West declines, Muslims should go into therapeutic mode, healing the victims of growing income disparity, and the new forms of addiction and depression. But we should be working with the new future leaders of the Far East, which often have a much more positive history of relations with Muslims, and where Muslims have lived – and had madrasas – for more than a thousand years