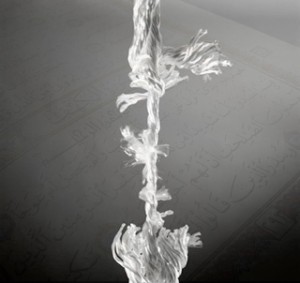 THUS HAVE WE MADE IN EVERY PLACE THE GREAT ONES (the leaders, those who structure society) to be its guilty ones, that they may plan (and burrow) therein; but they only plan against their own selves (souls), and they do not perceive this.” (Qur’an 6:123)

The term ideology encompasses many components. Of relatively recent origin (the 1700s) it referred to an encompassing vision or set of ideas or abstract thought usually shared by a group, which structured the way they viewed the world. At the heart of the definition was the characteristic that a group’s ideology, as shaped by its leaders and organizers, acted as a filter or lens through which they comprehended other groups, other ideas, and through which they translated reality itself. The ideology was a construct which structured, in a very definite way, a group’s approach to the world. One component of ideology then, is identity thinking. Another is the sifting and interpretation of all things through the filter of the ideology. And finally, there is the tendency to reject or resist those ideas and groups that do not fit the ideological construct or which offer alternatives to it. [1]

But from the outset it’s important to realize that ideologies are human constructs. They are the codification and structuring of a set of ideas into a way of perceiving the world. A religious ideology is no different – it codifies and organizes human interpretation of scriptural teachings and teaches the group to reject or accept based on the codified ideas. Often it makes the derived ideology absolute and sacred and in this way fixes it as part of a permanent, unchangeable belief structure. Through this it also locks down human thought within the limits and boundaries of the ideology.

“We have made each group’s own tenets alluring to them. In the end will they return to their Lord, and We shall then tell them the truth of all that they did.” (Qur’an 6:108)

By it’s nature an ideological approach is a reductionist approach since the wide sweeping panorama of reality is reduced to fit set ideological directions. The ideology becomes the filter through which reality is viewed and it reduces vastly complex interactions to simplified statements and judgments that are more reflective of the mental state of the one who holds the ideology than the actual state of affairs. Yet ideology is attractive since it simplifies decision making and analysis – it reduces or eliminates the mental and spiritual effort involved in understanding and interacting with a complex world. It provides a set of facile algorithms which grind up information and re-form the resultant paste by pouring it into a preset ideological mold.

A process like this works well for the ideology since it redirects the critical faculties and intellectual abilities of adherents into an efficient process for re-purposing data to support and defend the ideology’s outlook and away from examining the ideology’s own assumptions, motivations, and limitations.

Because of this, ideology and ideological approaches can be said to be more connected to will and power than to depth and breadth of knowledge. In other words, ideology trumps knowledge. It reshapes, rejects, accepts, and even manufactures “knowledge” (as propaganda) according to the goals (will) of the ideology and in seeking it’s own preservation and power.

Reality is vast, unlimited, and profoundly deep. However, ideological propositions tend to overshadow the deep metaphysical aspects of religion as they take a particular viewpoint, a particular lens which filters out those aspects of reality that don’t correspond to and support the ideology, and they elevate this necessarily limited viewpoint to the level of an unopposable truth. Ideologies attempt to lift themselves by their bootstraps to take over the sacred space that was traditionally reserved for metaphysics. Thus they take relative interpretations, constructed views, and inflate them to absolutism. And it ties these inflated views to an emotional and highly politicized narrative that often operates according to the rules of propaganda – rules which prevent the deep intellectual reflection that metaphysics, or revelation, or that religion itself requires.

“Since mankind seeks to come near to their Creator through all kinds of piety, bring yourself close to Him through the profound activity of the intellect (aql), so that you may arrive there with a proximity (and depth of understanding) that surpasses all of them.” (hadith)

While ostensibly upholding and defending religion, a strongly ideological approach tends to undermine the deepest most profound aspects of religion. It binds men to specific ways of filtering and judging reality instead of doing what religion is meant to do – to bind men to God and thus unfold for them a perspicacious and penetrating insight. An insight that is necessary if society is to apply revelation to one’s era in the most beneficial way possible – an insight that promotes the growth of knowledge across all fields, that leads to spiritual depth, and human connectedness.

Ideology, especially a politicized ideology, requires a voluntary intellectual capitulation – it takes a relative, limited, template and cuts reality down to size, and men’s intellects are likewise cut down to size to fit within the shape and borders of the template. This manifests in a close-minded narrowness which hinders growth and human potential. In this way the metaphysical heights which the human soul was designed to scale are forsaken and men wander in the maze of walls which their constructed ideology represents as the only way to view reality. Ideologies in our times arise as rapidly as weeds in an untended garden – a trend originally hastened on by the discarding of very profound religious intellectual sciences in favour of more superficial fundamentalist approaches. It was greatly accelerated by the rapid rise of a world in which metaphysics and philosophy began to be considered, at best, as irrelevant or counterproductive to the aims of humanity, and by the corresponding rise of numerous secular, economic, social, political, and religious ideologies – each of which provided very specific templates through which the world was to be viewed.

A religious ideology is vastly different than a religious intellectual framework which can arise from contemplation of principles which are in turn derived from glimpses of metaphysical realities. An intellectual framework for religion retains the flexibility and malleability of a living philosophy and an active, continually contemplative intellect. It lacks the harsh, mechanical, restrictive nature of an ideological forge which attempts to manufacture men’s thoughts according to a pre-cast mold asking them to give the deepest part of their selves over to the ideology – abandoning reflection and contemplation and intellectual effort in favor of zealous propagandizing on behalf of the ideology.

Those whose actions arise from truly profound readings of the Qur’an are in every age in the minority. Those who play at politics or play with ideological interpretations of religion are in vast abundance. This playing with principles becomes increasingly dangerous in politically tense times, where different power groups begin to use religion as a tool to propagandize their views and to recruit the support of the religious-minded in support of their goals and against the goals of others. Caught in between this clash of ideologies are many who stand confused – without firm knowledge we are sometimes swayed this way, sometimes that – wavering like palm fronds in a shifting breeze.

“Here (and he pointed to his chest) is abundant knowledge. If only I could come upon people to bear it. Indeed I have come upon those who are not faithful to it – who took it hastily and did not imbibe and protect it (they sought it superficially, for their own ends). Such people seek to use the tools of religion for (advancement of their goals) in this world. They use the devices of belief as a means of attaining domination (and power) over God’s friends (through the authority of religion).” (Ali ibn abu Talib – Nahjul Balagha)

Whether we adhere to a religious tradition or a secular one, it is possible to fall prey to the allure of raising political ideology (and doctrine based on that ideology) to a position and level that is hierarchically above the truths encoded into the source documents of the tradition. Such a situation is most likely to materialize when politics and struggles for power, hegemonic contests for expansion of spheres of influence and control of resources is entwined with concurrent conflicts between different traditions, cultures, or sects. When this occurs it is likely that, in the absence of widespread and deep knowledge of the source-books of religion, these same books will become instead (to those who single-mindedly pursue their political and ideological obsessions) simply a mechanism, an accessory used to lend emotional weight and substance to ideological politics. Then religion becomes something that is played with, a football kicked across ideological fields in an attempt to score points in, what is at heart, a very worldly game.

The clash of ideologies unravels the threads of unity spoken of in the Qur’an, so that ideologues are busy unravelling the rope of God. “And hold fast to the rope of Allah, all of you together, and be not divided; and remember Allah’s favour on you.” (Qur’an 3:103) Ideologues are those who have unravelled the rope and then imagine that the single strand they hang onto is sufficient for them – they imagine that their one fragile strand is the entirety of religion and rob themselves of the true richness to be found in the Qur’an and in reality itself.