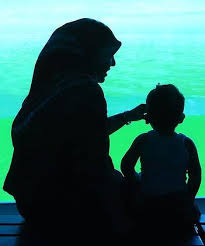 All Praise is due to Alláh, We praise Him and we seek help from Him. We ask forgiveness from Him. We repent to Him; and we seek refuge in Him from our own evils and our own bad deeds. Anyone who is guided by Alláh, he is indeed guided; and anyone who has been left astray, will find no one to guide him. I bear witness that there is no god but Alláh, the Only One without any partner; and I bear witness that Muhammad, peace and blessings on him, is His servant, and His messenger.

O mankind! Show reverence towards your Guardian-Lord Who created you from a single person, created, of like nature, his mate and from the two of them scattered (like seeds) countless men and women;― Be conscious of Allah, through Whom ye demand your mutual (rights) and (show reverence towards) the wombs (that bore you): for surely, Allah ever watches over you.

Glory and Majesty belong to Allah, Supreme Sovereign of the universe. Peace and salutations on our illustrious Master, Prophet Muhammad (pbuh) who was sent as a universal mercy and guide. Allah says in the Glorious Qur’an;

“Your Lord has decreed that you shall worship none except Him; and show kindness to your parents. If one of them or both reach old age, never say to them ‘uf’, nor scold them. Rather speak to them graciously and lower for them your wing of mercy, and say, ‘My Lord, have mercy on them as they raised me mercifully when I was small.” ( 17:23 )

Oh Muslims, in this above verse Allah states categorically that He has prescribed affection, kindness and obedience towards parents. The Almighty absolutely forbids ill-treatment, abuse and neglect of parents. Paradise and divine approval are for those who are kind to their parents, as the Holy Prophet (pbuh) so beautifully states;

“Paradise lies at the feet of the Mothers”

Oh servants of Allah. We have just started the new academic year 2009. The learner, the educator, the professional, the layman, the business person, nay, everybody is in search of success and prosperity. The question is; What is true success ? Pharaoh, Firoun was a mighty ruler and very wealthy, yet he died horribly and unsuccessful. Abu Jahl, who was an uncle of our beloved Prophet Muhammad (pbuh), was an intellectual in his era, but his obstinacy and boastful arrogance blinded him to the Truth, and he also died in disgrace and unsuccessful. How many of us move in mighty executive circles today, holding positions of esteem, but we neglect and abandon our beloved parents?  How many parents are crying of loneliness in old-age homes and cramped out buildings? Why are children’s memories so short? Have we forgotten so soon how our mothers painfully bore and brought us into this world? Remember, when our beloved Prophet was asked who is the most deserving of our affectionate company, he replied thrice, Your Mother, Your Mother, Your Mother and then your Father. Therefore let’s understand! that our worship of Allah is incomplete if we abandon or abuses our parents.

Our Noble Prophet (pbuh) was asked: Why do you give the mother three degrees of preference over the father? He replied: “Your mother carried you for nine months in her blessed womb, then she painfully gave birth to you. After that she gave up her sleep for you, suckled you, carried you in her arms for three years and cleaned up your mess. She did your laundry. She cooked and served your food for eighteen years. When you were forty, fifty, sixty, she still followed your progress with great interest. The man enquired; Oh Prophet, suppose I carry my mother on my back for years, clean up after her, cook for her and feed her. Suppose I attend to those same services as long as she may live? The Prophet replied; There will be this one difference between you. Your mother looked out for you to live, while you are waiting for her to die.”

Listen attentively and I will relate to you a beautiful qissah (story).

“One day Nabi Musa (as) was conversing with Allah on Mount Sinai, and Allah said: Oh Musa, go to certain place where you shall meet a certain person, who is a butcher by trade, He will be your close companion in Jannah. When Nabi Musa arrived in this town, he hid his true identity and requested hospitality from this butcher, saying he is a traveler. The butcher took him home that evening and made him sit, saying, make yourself at home, but kindly excuse me for a while as I have something very important to do first. Nabi Musa then noticed that his host tended to a very old and frail woman laying in a basket. He cleaned the old lady, brushed her hair, then lovingly fed her and made her comfortable. The old lady murmured something, to which the butcher said ‘Amen’. After a while Nabi Musa asked his host about the old lady, and he replied. She is my mother. Every morning before I leave, I see to her needs for the day and make her comfortable. When I return home, I clean her up and feed her before I see to my own needs. Then Nabi Musa asked, What did she murmur to you. The butcher smiled and said. My mother daily makes duah that Allah must make me the companion of Nabi Musa in Jannah. I only say Ameen to please her, because I am only an ordinary person in comparison to Nabi Musa who is the great prophet of Allah. Hear the good news, brother butcher, the blessed Nabi Musa said. Your mother’s duah has been accepted. I am Nabi Musa and you are to be my close companion in Jannah.”

Oh Muslims, Listen dearly and reflect on the following qissah (story) as well.

One day, the great wali, Imam Hasan Al-Basri (ra) was making Tawaf around the Ka’bah, and saw a young man carrying a basket on his back. The young man explained. We are poor folk. For years my mother had this deep yearning to visit the Ka’bah, but we could never afford it. She had grown old, but always spoke so lovingly of the Ka’bah, with eyes  filled with tears. I could not bear to see my mother in such a state, so I placed her in this basket and brought her all the way from our house in Syria. Oh Imam, did I repay my Mother’s due by what I have done for her? The pious Imam replied: Even if you carry your mother on your back and perform tawaaf seventy times around the Ka’bah, you will never compensate her for one kick you gave her when you were in her blessed womb.”

Oh servants of Allah! Do I need to say more? Islam teaches us that our two beloved parents are our doorway to Paradise. Sheikh Muzaffer Ozak Al-Jerrahi urges;

“Be obedient and loving to your parents and earn Allah’s good pleasure. Your mother and father are your honoured guests. You will lose them one day, and be left all alone in this world. You will never find a friend and helper like your mother. For of all those who seem to be your friends, the most loyal is your mother. She is your true friend, all the rest are friends of your money, rank, beauty etc. Should you become bankrupt, ugly, old or sick, or be put into prison, your one real friend will be your MOTHER.”

I pray from this sacred Mimbar to Almighty Allah to bless all our beloved parents lives with khair and barakah, and those who are deceased, to grant them Jannatul-Firdous, Ameen.