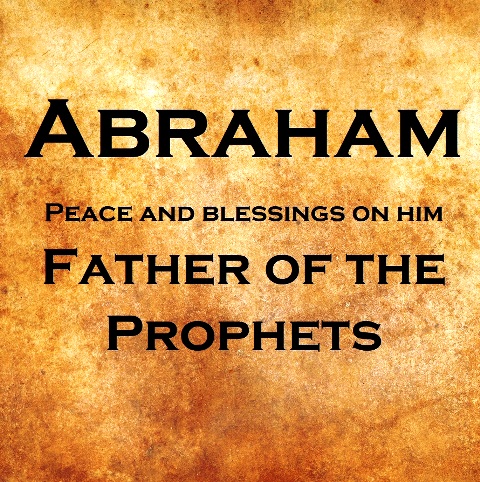 O You who believe, – Be aware of Allah, and speak a straightforward word. He will forgive your sins and repair your deeds. And whoever takes Allah and His Prophet as a guide, has already achieved a mighty victory. In the opening verse of Sura An-Nisaa’, Allah says:

“O mankind! Show reverence towards your Guardian-Lord Who created you from a single person, created, of like nature, his mate and from the two of them scattered (like seeds) countless men and women;― Be conscious of Allah, through Whom ye demand your mutual (rights) and (show reverence towards) the wombs (that bore you): for surely, Allah ever watches over you.”`

My Dear Sisters and Brothers, As the Hajj season approaches, let us consider the story of Prophet Abraham, his wife Hagar and their son, Ismail (may Allah send peace and blessings on them). This amazing family left us a great legacy that has become the foundation of the Hajj. Their story is relevant for all Muslims, for all times, and there’s a particular resonance for us today, as we shall see…

Nabi Ibrahim’s father was a devout mushrik, an idol worshipper. Despite all his son’s efforts, the father adamantly refused to stop worshipping idols.  When he died he was still in denial of Allah. Nabi Ibrahim, the Friend of Allah, the quintessential monotheist, the Patriarch of Judaism, Christianity and Islam, could not save his father. We, too, must accept that we have no real power to influence others, not even our own parents, to accept Islam. Allah chooses to guide whom He pleases.

“May- Yahdillahu fa huwal muhtad, wa may- yudlill falan tajidaa lahu waliyan murshida.” [sura al-Kahf 18:17] “Anyone who is guided by Alláh, he is truly guided; and anyone who has been left astray, will find no one to guide him.”

Our duty is only to share what Allah teaches, without pressure, without clever tricks. Allah is not in need of any of His creatures. We need Him. Prophet Ibrahim destroyed the idols that his people worshipped, except for one. When the people asked him who did it, he pointed to the remaining idol. They told him the idol couldn’t have done it, so he asked them how is it that they worship something that can neither harm them nor help them! It couldn’t even defend itself from being destroyed! But such is the arrogance of misguided people, that logic and wisdom is wasted on them. Instead of using their God-given reason and logic, they resorted to violence.

They tried to burn Prophet Abraham to death. He, on the other hand, was completely calm and unafraid, relying on Allah, and reposing his trust in Allah at all times. Allah commanded the fire to be cool, and thus Ibrahim alayhis salaam, survived. When He and his wife, Hagar arrived in the desolate valley of Bakka, she repeated asked him why they had come there. He said nothing. Then, when she asked, is it Allah’s wish? He confirmed that it was indeed so. She immediately accepted this, without complaining. Both husband and wife knew that no matter how dire the situation, they were always safe in Allah’s hands.

“Biyadikal khair, innaka ala kulli shay-in qadeer.” “In His Hand is all Good. Allah has power over all things.” [Sura 3:26]

Later, left alone with a hungry and thirsty infant child, she rushed from hilltop to hilltop in search of water, between Al Safa and Al Marwah. We commemorate this event during the Hajj, in Rami and Sa’i. She ran in desperation, she made the effort, and her effort and her pleading for help from Allah was well rewarded. The water came, in limitless abundance, like Allah’s mercy pouring out to his devoted servants. The Archangel Gabriel, Jibreel alayhis salaam, caused the well of Zamzam to gush pure, clean water from below baby Ismail’s feet, and for thousands of years, day in, day out, 24/7, it still flows today, refreshing and purifying millions of pilgrims.

Let us think of Zamzam as Allah’s mercy overflowing, waiting to quench our spiritual thirst, our quest for meaning, our quest for nearness to Allah. When Allah ordered Nabi Ibrahim to sacrifice what he loved most, both he and Ismail knew what that meant. Neither father nor son had the slightest hesitation. They fully understood what ‘sami’na wa ata’na’ means ‘we hear, and we obey.’ No questions, no lame excuses. Just do it! Shaytaan attempted, thrice, to dissuade Prophet Abraham to change his mind. On each occasion, Nabi Ibrahim refused, and pelted Satan with stones. Today every pilgrim pelts 3 stone pillars in the very same place as our prophetic ancestor did. We, too, symbolically reject the promptings of Shaytaan within us, We too, take refuge in Allah from our own inner demons…

Prophet Abraham prepared to make a painful sacrifice. At the crucial moment when the sharp-bladed knife touched his son’s jugular vein, Allah caused another miracle: A ram, a sheep, appeared where Ismail patiently awaited his fate. Instead of Ismail, the ram was slaughtered. Ismail’s life was spared. Prophet Abraham’s trial was over. Allah wanted to show us, and all generations to come until the end of time, what it means to love Allah, what it means to obey his every command. Today we still remember that willingness to make the ultimate sacrifice. We offer sheep, goats or camels, Our Qurbani might only be a small symbolic gesture, but the lesson is timeless, and awesome. As the Holy Quran reminds us, it is not the meat that reaches Allah, it is the taqwa, the piety, the cautious awareness of our Creator, the awe-inspired reverence, filled with love, fear and hope.

How many of us will be ready to make this kind of sacrifice? How many of us will be willing to devote our most beloved to Allah? Our wealth, our families, our possessions seem so important to us. But where does Allah fit into our scheme of priorities? Do we really love Allah as much as we should? Is our greatest love reserved for Allah, or do we have more love for what He has created? Here’s some food for thought, my dear brothers and sisters.

The Holy Quran reminds us to follow Prophet Abraham, who associated no partners with Allah, and whose way is described as the haneef way. What is the haneef way? Haneef means, to turn away from idol worship, to make no associations with Allah, to incline towards goodness, to be orthodox, to be a primordially upright person. This is the way of Nabi Ibrahim alayhis salaam, and all those who worshipped Allah, even during the time of ignorance, the time of Jahiliyya.

Let us, during these momentous days of Dhul Hijja, remember Prophet Abraham, Allah’s peace and blessings on him. Let us remember who he was and what he lived for and died for. His great legacy is still with us today: Love Allah more than anyone or anything else, be willing to sacrifice anything in Allah’s cause, and strive your whole life to be a primordially upright person. Try to be a loyal friend, a loving wife or husband, an exemplary parent, a loving son or daughter, a helpful neighbour and a good, law abiding citizen. This is the haneef way, the way of Prophet Abraham and his family, the millata Ibraheema. Brothers and sisters, to conclude our khutbah: