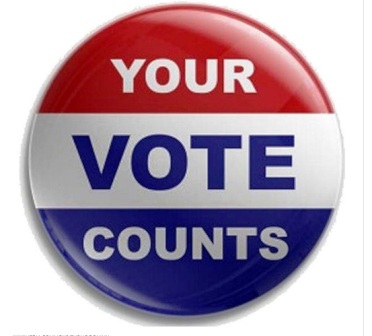 A Muslim community in the United States heard about a plan to build a bar in a Masjid neighborhood. About 40 people decided to approach the alderman of that town for a hearing on the issue. After listening to both sides, the alderman asked: “How many of you are citizens?” All of the Muslims except one raised their hands. All 10 of the proponents of the bar raised their hands.

The alderman then asked the Muslims how many of them were registered to vote. Out of the 40, only four raised their hands. When he asked the same of the supporters of the bar, all 10 raised their hands. Seeing this, the alderman explained that while he was sympathetic to the concerns of the Muslim community, they had to understand that in the face of four registered voters versus ten, he would favor the position of the greater number of voters.

And that is how a bar was built in a Masjid neighborhood.

This is just a very small example of how voting matters, and how every vote counts. Some are dissuading American Muslims from voting in Election 2020 on religious grounds; others on political ones. This is a fallacy that will harm Muslims not only in the United States, but around the world as well.

Your vote is your voice. It is an Amana, a trust from God. Don’t waste it. Don’t misuse it. You are accountable for it.